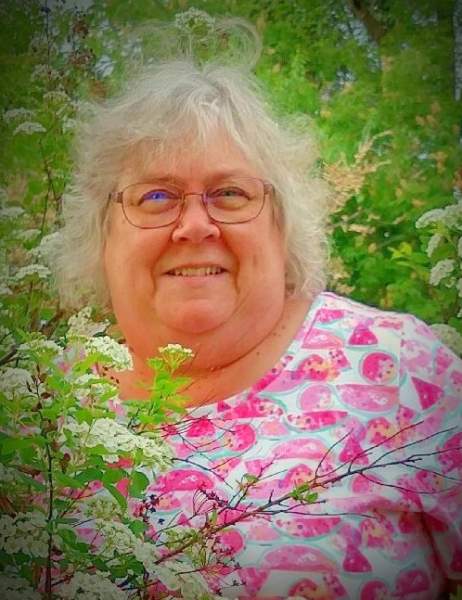 Connie Thompson Furst was born May 18, 1950 in Fargo, North Dakota, the daughter of Kermit and Jean (Madsen) Harmon. She passed away September 22, 2020 at Essentia Hospital in Fargo.

She grew up and attended school in Fargo, graduating from North High School in 1968. As a child, Connie traveled with her family due to her parents’ involvement with the Muscular Dystrophy Association.

On March 28, 1970 she was united to Harland Thompson in the Methodist church in Fargo, North Dakota. They made their home in eastern South Dakota living in the communities of Watertown, Milbank, and Summit. In 1990 the family moved to Detroit lakes and Connie was very active with Pathfinders Youth Group. She was a member of the DAV Auxiliary and helped organize veteran events with Harland.

Connie was the secretary at the 7 Day Adventist Church in Detroit Lakes, and served on boards over the years.  She enjoyed all things outdoors; birdwatching, flower gardening and taking her family on nature walks. She baked, canned, crocheted, and knitted hats, gloves, mittens and scarves for the kids. Connie taught piano lessons and was in her second generation teaching the kids of her first students. Connie collected postcards at a young age with her mother and collected stamps with her father.

On December 16, 2018 she married Robert Furst at the 7 Day Adventist Church. Connie’s parents purchased a place in Arizona in 1990, and several trips were made to Arizona over the years.  Connie volunteered in family history and geology.

Connie was preceded in death her husband, Harland Thompson in 2012; a sister in infancy Debbie.

The family is requesting memorials to be sent to DAVA unit 31 as both Connie and Harland were life members.

To order memorial trees or send flowers to the family in memory of Connie Furst, please visit our flower store.