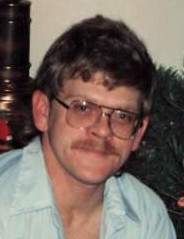 Clifford G. Thompson was born July 10, 1958, in Detroit Lakes, MN to Arville and Ruth (Williams) Thompson.  He grew up on Shorewood Drive, on White Clover Beach Big Detroit Lakes, on The Point Resort.  He attended Holy Rosary School through the 8th grade and is a 1977 graduate of Detroit Lakes High School.  After high school, he enlisted in the United States Navy serving in San Diego, Florida, New Zealand and Greenland, Iceland, Spain, and Antarctic.  He served eight years in the military where he received numerous promotions, medals and certificates. Following his honorable discharge, he returned to Detroit Lakes where he worked for Johnson Excavating, Jennie-O Turkey Plant in Pelican Rapids, McDonalds, the Detroit Lakes Municipal Liquor Store, Central Market in Detroit Lakes, and was also owner in Little Shoey’s at the Detroit Lakes Elks Lodge with his wife.

Cliff was united in marriage to Gail Schumacher on October 31, 1992, and they made their home on Pelican Lake since that time.

Cliff was on the board of West Central Waterfowlers Assoc for over twelve years, and a Firearms Safety Instructor for over ten years.

Cliff loved to hunt, fish, camp, host barbeques and spend time with his family. Listening to Rock-N-Roll music and living on the lake.  He will be remembered as always being there when someone needed help, as a very hard worker, and loyal to his wife and family.

He was preceded in death by his mother Ruth; sister Theresa Quam and Theresa’s twin daughters Jamie and Jessie; and nephew Eric D. Thompson.

To order memorial trees or send flowers to the family in memory of Clifford Thompson, please visit our flower store.