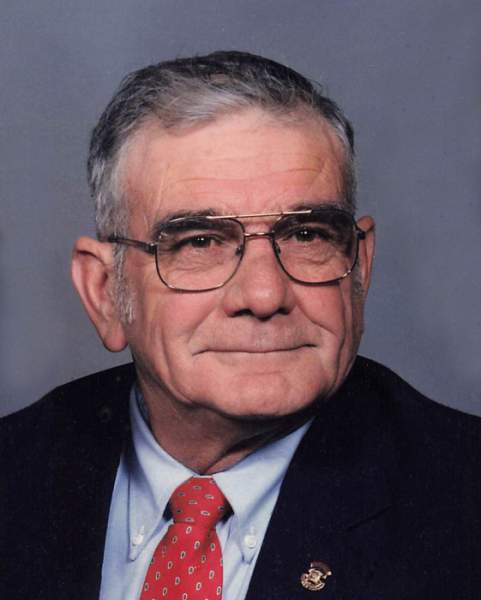 Clarence M. Anderson was born on August 11, 1931 to Clarence T. and Marianne (Preston) Anderson of Audubon, MN. He grew up and attended country schools around Audubon through the 8th grade. As a teenager, he worked on farms, climbed utility poles and hauled milk for the Audubon Creamery (which was his first encounter with a young Bertha Johnson on his route).

He joined the 15th Army Air Force in 1948, where he went through various basic and gunnery training and earned his GED. Due to family illnesses, he had a hardship leave in 1949 to come back to Audubon to run the family farm. He joined the Army National Guard, which was activated in late 1950. By mid-1951, he was sent to Korea as a Forward Observer for the 936th Field Artillery, 8th Army, where during nine months he called in over 200,000 rounds from (18) 155mm Howitzer “Big Guns.” He sailed under the Golden Gate Bridge on his return home as a Master Sargent on Memorial Day, 1952, where the soldiers were met by movie stars. He remained a member of the National Guard until 1956.

In August of 1952, Clarence began driving truck for Daggett Truck Line where he picked up the nickname Andy. He would drive semi-tractor trailer trucks for the next 64 years with brief stints off the road to run a Deep Rock gas station, work as a mechanic for Gabor Trucking or set up his own shop overhauling diesel engines. He always fell back on being an owner-operator truck driver. His last truck driving job was with the Audubon-Waubun Elevator Association, retiring 64 years to the day after he first climbed into a Daggett Truck Line truck #5 and hooked on to trailer #4.

He married Bertha Johnson on June 6, 1954. Over the next ten years, they had four children. They lived in Frazee until 1964, and then in Detroit Lakes until moving to West Fargo in 2017.

In 1974, Andy was elected to lead a fledgling trucking organization, Midwest Independent Truckers Association. He was very proud of his involvement with other similar regional organizations around the country that formed into NITUC – National Independent Truckers Unity Committee that went to Washington, DC to influence legislation that would help independent truckers during that period of fuel shortages and price hikes. Some of the outcomes were fuel price surcharges/stability, increased weight limits, simpler licensing requirements, and ultimately increased speed limits.

He and Bertha are charter members of Grace Lutheran Church in Detroit Lakes and Associate members at Hope Lutheran in Fargo.  Both were lifelong members and very active in the Veterans of Foreign Wars at Post, District, and State levels. Andy was Post 1676 Commander and also 9th District Commander.

Andy, as everyone called him, worked long hours and had very high standards when it came to any task. There were only two ways: Andy’s Way and the Wrong Way. Driving truck for 64 years doesn’t leave much time to pursue hobbies, but he did like to play guitar for the kids. He loved the company of friends and family, and in the words of a now departed truck driving comrade of the 1950’s, “Andy laughs with his whole body.”

To order memorial trees or send flowers to the family in memory of Clarence Anderson, please visit our flower store.