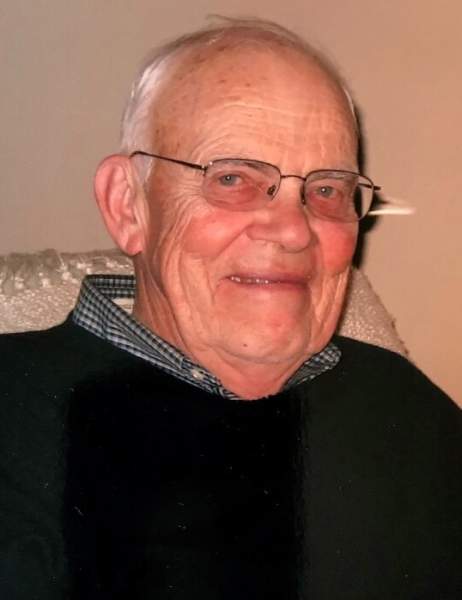 Carl A. Nelson was born in Audubon, MN on August 4. 1934 to Beatrice and Carl G. Nelson.  Carl grew up in Detroit Lakes where he graduated from high school in 1952.  He went on to graduate in 1956 with a BA degree from Concordia College in Moorhead, MN.  Out of college, he fought forest fires with the U. S. Forest Service before serving as an MP in the army stationed in Stuttgart, Germany.  Carl was united in marriage to Ruth McCarville at Good Shephard Catholic Church in St. Louis Park, MN, Jan. 22, 1972.  He subsequently went on to have an accomplished career in banking as a National Bank Examiner in Washington, DC, then as VP of commercial loans with Marquette Bank in Minneapolis, where he eventually became Chief Loan Administrator for Pohlad Banks.

After retiring in 1991, Carl and his wife, Ruth moved to Detroit Lakes where he was able to pursue his lifetime passion for fishing.  Carl also enjoyed fishing and hunting trips with several of his lifelong friends who shared his interests.

Carl and Ruth enjoyed retirement at their Long Lake home.  Carl loved gardening, reading, traveling and golfing with his many friends.  The couple became snowbirds, enjoying many winters in Venice, FL and Green Valley, AZ.  They especially enjoyed their trip to Australia.

Carl was a loyal and generous person.  After his Mother’s death, he established an endowment scholarship in order to honor her and her teaching career.  He established a permanent endowment fund known as the Carl and Ruth Nelson Endowment Scholarship at Concordia.  He was a lifetime supporter of several natural and wildlife organizations.

Carl passed away July 30th with his wife and daughter by his side.  He will be deeply missed and remembered as a life-long learner, a giver, and a lover of life.  He enjoyed ending each day with a Manhattan while watching Jeopardy with Ruth.

Carl is survived by his wife of 49 years, Ruth Nelson, his daughter, Erin (Jon) Steckler, his pride and joy granddaughter, Sadie, sister, Lois (Les) Froiland, several nieces and nephews and many dear friends in Detroit Lakes.

In leu of flowers, memorials are preferred to the nonprofit organization of your choice.

To order memorial trees or send flowers to the family in memory of Carl Nelson, please visit our flower store.