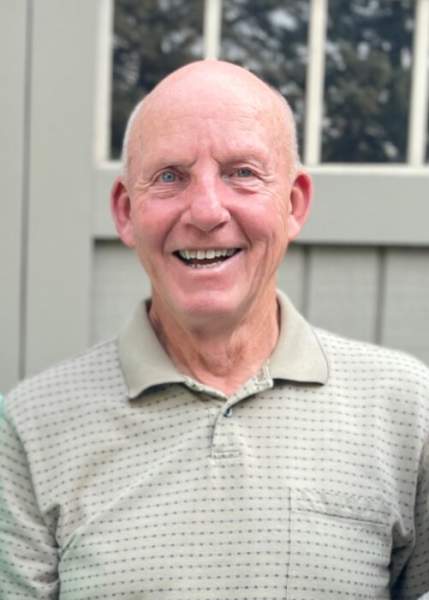 Bruce Emmet Beckman, 77, of Detroit Lakes, MN went home to heaven on October 24, 2021. Bruce was born in Willmar, MN; the son of Emmet and Cecelia Beckman. He was raised in Bird Island, MN, where he graduated from Bird Island High School in 1962. Bruce continued his education at Augsburg and the U of M, Minneapolis before enlisting in the United States Marine Corps in 1964. He reported for duty to the Naval Air Station in Pensacola, FL, in 1965. Bruce served in Vietnam (1967-1968) flying 293 combat missions as a fighter pilot where he was awarded several commendations, most notably a Silver Star and Distinguished Flying Cross. Upon his return from Vietnam, he was honorably discharged, as well as graduated from the U of M with a Wildlife Management Degree. Bruce married the love of his life, Mary Margaret (Rauenhorst), on April 12 1969; and they enjoyed 52 wonderful years of marriage.

Bruce and Mary made their home in Olivia, MN, where they were blessed with three children: April, Matthew, and Jill. He owned and operated a floral and garden center business with his brother, Jerry Beckman. It was a wonderful life that allowed him the flexibility to spend time with kids and be involved in the community as a volunteer firefighter, school board member and in 1981 he re-enlisted in military service as a helicopter pilot in the MN Air National Guard. After his kids graduated from high school, he and Mary relocated to Elk River, MN at which time he was employed by Len Busch Roses as a Distribution Manager.

A man of many talents, Bruce’s faith and commitment to God shined through in all he did. He was quick with a smile and helping hand for all.  Bruce & Mary loved to travel with each other and traveled the world - it was on both their bucket lists to visit all seven continents and they did. The memories and pictures captured on their adventures are a great joy to Mary. Bruce lived for every opportunity he had to spend time with his family and grandchildren. He loved the outdoors, wildlife, gardening, hunting, and fishing. He was a sports fanatic (Go, Gophers!) and rarely passed on an oatmeal raisin cookie, donut, or afternoon coffee.

He was preceded in death by his parents, Emmet and Cecelia Beckman, his sister Barb Beckman, and his grandson Caleb Timothy Thomas

Bruce will be interred at Arlington National Cemetery in the spring. An honor that is befitting of the life he lived, the man he was, the love he shared and the bravery he gave to his country.

To order memorial trees or send flowers to the family in memory of Bruce Beckman, please visit our flower store.