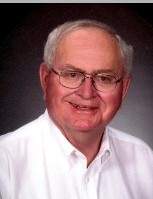 Brian J. Rittenhouse, 73, Detroit Lakes, MN, died Wednesday, August 29, 2018 at his residence and under care of Hospice of the Red River Valley.

Brian worked for Fish and Wildlife in Fergus Falls, MN and Aberdeen, South Dakota.  In 1974 they moved to Moorhead, MN where Brian enjoyed working for Ulteig Engineering.  In 1988 Brian opened Rittenhouse & Associates Inc., a land surveying firm where he served as the registered land surveyor for Clay County for many years.  Brian’s love of family lead to many camping trips, Sunday afternoon drives to “kick tires” and weekends at their favorite getaway at their cottage on Lake Eunice, which he and Claudia eventually made their homestead for the last 14 years.

He loved his family, especially those “grandboys” (“The boys.”).   He loved family gatherings and treasured all the memories of his “extended family” at the Fryin Pan in Moorhead.

Brian will be missed by his wife of just shy of 50 years, Claudia; his children:  Kevin Rittenhouse and Laurie and her husband Rob Gramer; his grandboys:  Luke, Joe and John. He is preceded in death by his parents John and Loretta Rittenhouse and four brothers:   Wes, Warren, Donald and James Rittenhouse

To order memorial trees or send flowers to the family in memory of Brian Rittenhouse, please visit our flower store.