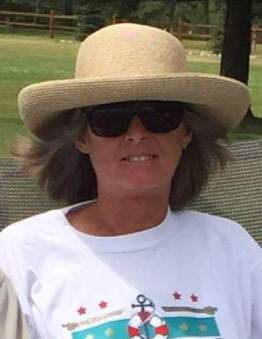 Barb was born on August 18, 1951, to Ernest and Margaret (Thorstenson) Hukee. She graduated from Detroit Lakes High School in 1969. She met the love of her life, William (Willie) Joy in Jan. 1973. They were married on April 6, 1974. Barb spent most of her life caring for others in a variety of ways.

Barb graduated with honors in Practical Nursing from Lakes Area Vocational Technical Institute in May, 1974. She lovingly served as a nurse at St. Mary’s Hospital and clinic for about 40 years. She began as a candy striper, became a nurse, and then a respiratory therapist. She retired due to health complications in 2009. She spent a lot of time being on call for both the hospital and for family members with medical questions. Her nursing skills were exceptional. Doctors and nurses continued to comment on what a great nurse she was until the very end.

Barb and Willie bought the family cabin on Many Point Lake in 1985. They spent most weekends during the summer months and through the fall at the lake making memories with countless family and friends. Many years of family gatherings were centered around Barb and her fish frys at Many Point Lake. Hours and hours of puzzles, laughs, and heartfelt conversations happened while looking out over the lake.

Barb and Willie celebrated their 41st anniversary by taking a second honeymoon and attending a family wedding on a cruise to Alaska in 2015. More than anything, Barb and Willie enjoyed spending time with each other. They enjoyed driving in the countryside looking at flowers and visiting with loved ones.

To order memorial trees or send flowers to the family in memory of Barbara Joy, please visit our flower store.