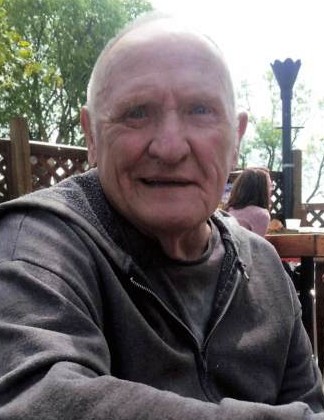 Arthur Weiser, 83, of Frazee, MN, passed away at the Frazee Care Center on Tuesday, November 26, 2019 after a courageous battle with cancer.

A Memorial gathering of friends and family will be held on Thursday, December 5, 2019, from 2pm to 4pm at David-Donehower Funeral Home in Detroit Lakes, MN.

Arthur Simler Weiser was born September 17, 1936 in Altoona, Pennsylvania to Hugh and Elsie (Shetron) Weiser. He led quite an interesting early life. He spent many years riding the rails as a railroad Hobo, traveling all over the country by hitching rides on the trains. He had many friends from every state that he traveled to. Arthur was very easy to talk to and to get along with. On one of his stops in Minnesota in 1990, he met Mary Diane Bowles for the very first time.  Arthur told her that he was going to marry her, Mary laughed and said, “I don’t even know who you are!” Three weeks later on his birthday, September 17, 1990 they were united in marriage. He finally settled down in one state because of Mary. He worked a variety of labor jobs in Minneapolis, MN. until Arthur and Mary moved to Pennsylvania, staying there for a brief time, then they went to Dallas, Texas briefly, and in 1996 they moved to Frazee, MN where they decided to reside permanently. Arthur worked several different jobs in the area including The Shooting Star Casino as a Jackpot Verifier, and later as a Security Guard. He worked for Medi-Van in Detroit Lakes as a driver before working for Central Market. While at Central Market he started as a Maintenance Worker and then moved to the Meat Department as a Meat Cutter. Due to his failing health issues he had to leave Central Market. He enjoyed visiting and speaking with many people and friends that he met working at those jobs. Arthur loved being outdoors and going fishing. He enjoyed playing cards with friends and going to the Casino’s.

Arthur had a strong positive attitude throughout his battle with cancer. He inspired his family with his love and happiness all the while fighting to overcome his health challenges.

Arthur is preceded in death by his parents Hugh and Elsie (Shetron) Weiser.

To order memorial trees or send flowers to the family in memory of Arthur Weiser, please visit our flower store.