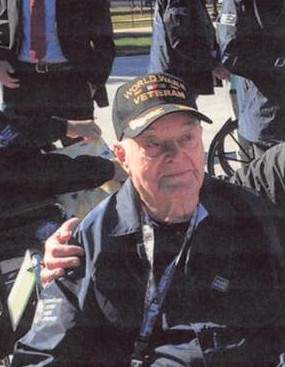 Arnold Henry Golkowski was born January 21, 1920 on the family farm in Silver Leaf Township, Becker County, Minnesota, the son of Carl and Dora (Steffen) Golkowski. He passed away Thursday December 30, 2021 at Sunnyside Care Center in Lake Park at the age of 101 years old.

He was baptized and confirmed at St. Paul’s Lutheran Church Evergreen. Arnold attended country school District 90. Arnold proudly served his country in the U.S. Army receiving his honorable discharge in October of 1945. He did his basic training at Camp Shelby in Mississippi and was stationed in England and landed on Utah Beach in June of 1944. He received five battle star medals during his time in the Army.

Arnold returned home and took over the family farm and worked at Lakeland Turkey Plant, and for Marvin Quade. In 1988, Arnold retired from farming and moved to Little Sugarbush Lake.

He was a lifetime of member of the Frazee VFW, and belonged to Immanuel Lutheran Church, and Beautiful Savior Lutheran Church. Arnold enjoyed hunting and fishing, especially Elk hunting trips to Colorado. His greatest trip he took was in 2015 when he was chosen to go on the Honor Flight to Washington D.C.

To order memorial trees or send flowers to the family in memory of Arnold Golkowski, please visit our flower store.