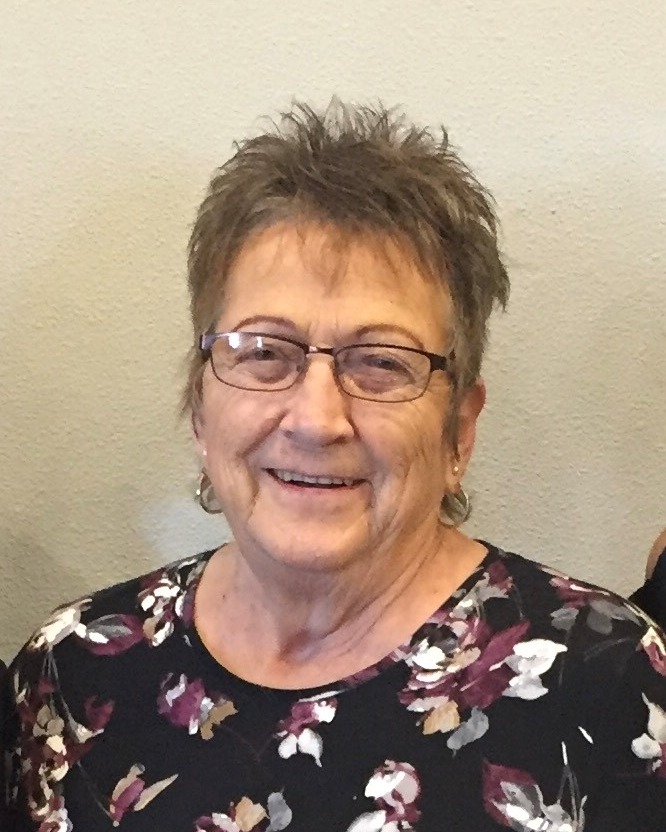 Arlene Mary Louise Rindahl was born on July 4, 1943, in Fergus Falls, MN, the youngest of eight children of Melvin Oliver and Amy Mildred (Hanson) Rindahl. She grew up and attended school in Fergus Falls.

Arlene married David Nelson from Frazee on January 2, 1965, they then moved to Crystal, MN to where they made their home for 30 years. She had many different jobs while living in the cities. When Dave retired, they returned to Frazee, making it their home for the past 20 years.

Arlene and Dave took trips to Puerto Rico, Arizona, North Carolina, Montana, Maryland, Illinois, Iowa, and Ohio. Besides traveling, she loved attending her children and grandchildren’s activities throughout the years, as well as, playing games and cards with family, roller skating, ice skating, playing softball with her daughters, knitting and crocheting items for her family.

They had a fun group of friends they shared many camping experiences with going to We Fest, Legionville, and other campgrounds.

She loved her job and her customers as she’d always have a joke, “I’m full full-blooded Norwegian, but I take pills for it” LOL. Another favorite of hers was to tell Ole & Lena jokes since that’s where she received her nickname from when they lived in the cities.

Arlene worked for the VFW and the American Legion Post 15 for eight years until October 2016. She was a five-time Auxiliary president, as well as held other positions with the Post. She served two years on the ninth district executive board and was a lifetime member of the VFW in the Wolf Lake Unit.

She is preceded in death by her husband, parents, parents-in-law, Ralph and Vaughn Nelson, two brothers, Larry and Dennis, three sisters: Romayne, Phyllis, Donna, one niece, and two nephews.

To order memorial trees or send flowers to the family in memory of Arlene "Lena" Nelson, please visit our flower store.