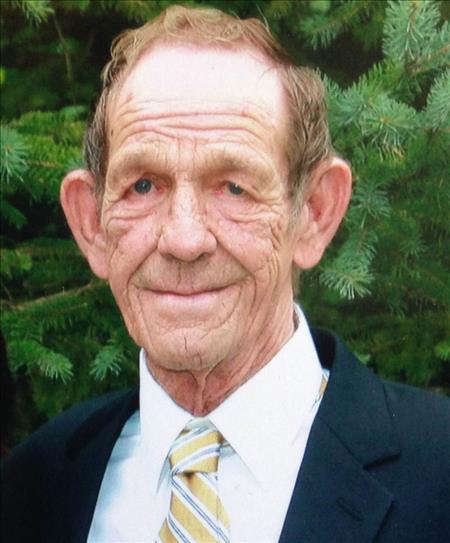 Anton "Tony" John Wickenheiser, 74, Pelican Rapids, MN, died peacefully with his beloved family at his side on July 5, 2016, at Sanford Health in Fargo, ND. Mass of Christian Burial will be held Monday, July 11, at 11AM in St. Mary of the Lakes Catholic Church, rural Detroit Lakes. Visitation will be held Sunday, July 10, at David Donehower Funeral Home from 5PM-7PM with a 7PM Prayer Service. Interment will be held in St. Anthony's Catholic Cemetery in Linton, ND, on Wednesday, July 13, at 2PM. Anton John Wickenheiser, known to many as "Tony", was born January 24, 1942, in Linton, ND, to John and Elizabeth (Richter) Wickenheiser. He grew up on the family farm near Linton and attended a one room country school. After school he continued working on the farm and joined the National Guard, being activated in October of 1961 during the Berlin Crisis. In June of 1962 he started working for Industrial Builders as a general laborer. On October 17, 1964, he was united in marriage to Bernice Kuntz at St. Anthony's Catholic Church in Linton. Tony and Bernice started their adventure in various communities as building projects called for. When their children started becoming more active in school, they settled in West Fargo from 1973 until 1981 where he become active with the Knights of Columbus and various church organizations. In 1981, they purchased Haugen's Campground on Lake Ida, later renaming it Tony's Campground, which is still in operation today. While operating the campground, he continued his career with Industrial Builders eventually working as Senior Project Superintendent. When tough projects came along, Tony was always up for the challenge. Throughout his career, he received many accolades and retired in 2015 after 53 years with the company. He had a passion for the outdoors and loved sharing it with others through hunting, fishing, outdoor cooking, riding snowmobile, and camping. He also enjoyed playing cards and dancing throughout his life. Tony was known to be generous and shared his love for his family and friends in many ways including building nearly anything people needed with his incredible talents. However, through all the project designs and completions, Tony always considered his family to be his greatest design of all. Grateful to have shared his life are his wife Bernice of Pelican Rapids, children: Kevin (Penny) Wickenheiser of Ham Lake, MN, Toinette (Tim) Bjerke of Moorhead, and Brian (Christine) Wickenheiser of Esko, MN. He is also survived by eight grandchildren along with his brother Michael Wickenheiser, Linton, six sisters: Phyllis Feist, Milwaukee, WI, Johanna Schneider, Strasburg, ND, Luella Nagel and Adeline Nagel of Bismarck, ND, Sister Andre' Wickenheiser, St. Paul, MN, and Carol Bosch, Linton, and many nieces, nephews and cousins. Tony was preceded in death by his parents, three brothers: Andrew, Peter, and William, and one infant sister, Phillippine.

A Prayer Service will be held at 7PM

To order memorial trees or send flowers to the family in memory of Anton Wickenheiser, please visit our flower store.