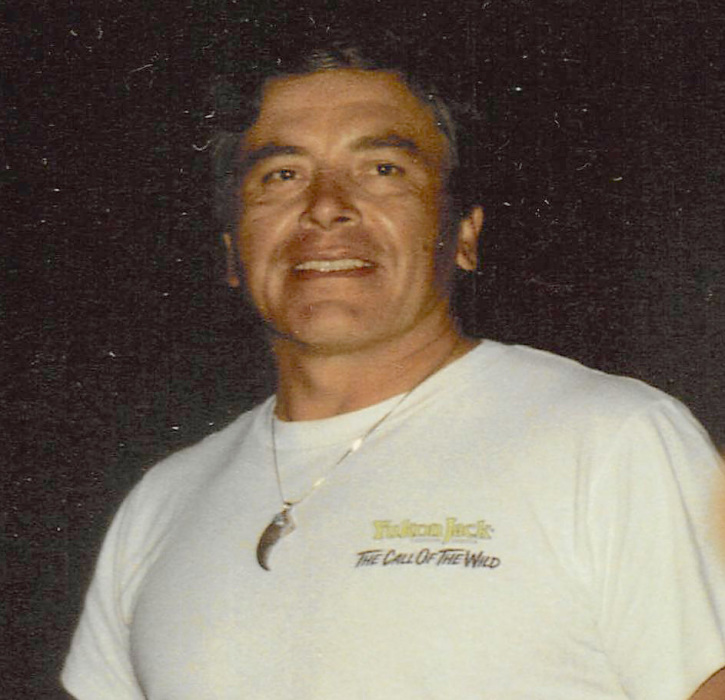 Anthony Iver Greene, age 68, passed away on August 17, 2017 in his sleep at Bethany Living Center in Fargo, ND. where he had been in the skilled-nursing unit.

A gathering of friends and family will be held on August 26, 2017 from 10:00 Am to 12:00 noon in the David-Donehower Funeral Home in Detroit Lakes. www.daviddonehower.com.

Andy was born in White Earth, MN June 25, 1949 to Charles and Dorothy (Jackson) Greene.  He went to White Earth Elementary School until his family moved to Detroit Lakes, where he started school, and graduated from Detroit Lakes High School in 1967. Following graduation Andy enlisted and proudly served in the United States Marine Corps in Okinawa, Japan. Upon his honorable discharge he returned home and was married to Darlene Gertz.  They made their home in Moorhead, MN where they had two boys, Robert John Greene, and Joseph Wayne Greene. Andy attended Business College in Minneapolis graduating in the field of Accounting. He started working for Northwestern Bell Telephone Company in the business office,   eventually working as an Installation & Repair Technician, where he retired with 34 combined years of service with NW Bell, US West, Qwest and Century Link in Moorhead, MN and surrounding communities. Andy was married in his later years to Terry Kirkeby.

Andy was passionate about his family members and his many, many dear friendships who contributed to his fulfilled, happy life. His favorite storytelling memories evolved around good family and friends, he loved hunting and fishing with his sons, brothers and nephews and shared many stories about these excursions. He had tales of  on-the-job experiences with the phone company and the crew, Marine Corpsmen experiences and tales of harvesting wild rice with his Dad. He enjoyed talking about his "super" pets--Scrapper, Abra, Mika,( his beloved chocolate labs) or Trissy and Blossom, (who came along after the labs) two Siamese girls who convinced him to love cats, too.

He never tired of remembering youthful highlights with his life-long friends. He retold stories about those youthful adventures throughout his life. Recalling these stories with friends and family gave him true happiness. He was  thankful for the way the phone company crew added to his life. Morning rituals at the  garage each day, mentoring and bonding over tables at the diner during break-times and elsewhere,  His friendships gave him a sense of brotherhood and sisterhood with people he cared and valued.

Andy was sensitive, generous, and loving. He was always there to help others and gave all he could to make others happy.  And though he always worked to be physically strong, he grew increasingly and gently humble as the years went by in his life. He was openly grateful and thankful about the people and experiences that had affected him, more so as he became older.  Andy knew he had lived a blessed life. Thank you for coming to remember and honor the passing of such a wonderful man, and for the way you touched his life as well as how he touched yours..

Andy’s family would like to invite you to lunch at 15346 Blackhawk Rd, Leaf Lake, Audubon, MN. 56511 following the gathering.

To order memorial trees or send flowers to the family in memory of Anthony "Andy" Greene, please visit our flower store.