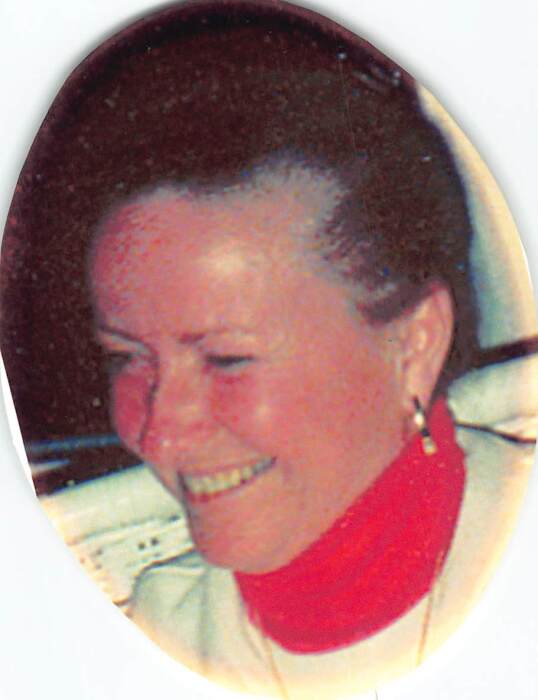 Anne Marie Wilson, 79 of Bremen-Grohn, Germany passed away the morning of Monday, December 13, 2021 peacefully at home. Anne was born Annemarie Jorgensen on November 28,1942.

Although she was born during a time and place of unthinkable chaos and destruction, she considered her childhood to be idyllic. If food, clothing, or toys were not readily available, she did not notice. She was enveloped and protected by her grandmother’s love. Anne could not want for anything more.

Her summers were spent in Nyborg, Denmark with her aunt. The days were made up of sunshine, white beaches, and blue water. The days passed in bicycling, swimming, eating ice cream bars, and drinking thirst-quenching orange sparkling water. All this was done without supervision. She needed to be home for supper. That time was always announced by the church bells. You could not miss hearing them. Rainy days were spent reading her many books or knitting or crocheting clothing for her dolls, there were no boring days.

Anne loved school, She loved all the books and all her teachers, she learned to read early and read to her brother every night before bedtime. Their imaginations were brought alive with Hans Christian Anderson and The Brothers Grim.

In 1953 she was traumatized by the news that her family was moving to Canada. All she realized is that she probably would never see her grandmother again. She was promised all her books would make the trip. That promise was not kept.

Although apprehensive about starting school when she could not speak the language, her fears were gone by lunch time of the first day. There were many immigrants in the same boat as she was and, in some way, they managed to communicate with each other. Anne was fluent in English within six months and much of her time was spent in the local library. Anne of Green Gables was the first set of books she read in English.

After Completing her education, she returned to Europe. She did see her grandmother again, but too much time had passed and the closeness they had once felt could not be recaptured. Anne went to Copenhagen and worked there as a translator at Banking Letter in the credit department and for an advertising firm. She enjoyed these jobs.

Family health brought her back to Canada. Here she moved to and worked in several large Canadian cities such as Toronto and Vancouver. Those were exciting as well as challenging times in her life.

In 1971 she moved to Detroit Lakes, where she met and married William P. Wilson. Together they raised two lovely children, Jennifer Leigh Fisher and Milt E. Wilson. Anne felt privileged to be able to stay home with her young children and create a home for her family. Nothing was more important to her than her family. She loved creating a comfortable home, landscaping the large yard, and entertaining their friends. This also gave the opportunity to participate in the sports she enjoyed; tennis, racquet ball, running, and golf. Anne considered herself to be a lucky woman.

Anne is preceded in death by her parents.

A private family service will be held at a later date.

To order memorial trees or send flowers to the family in memory of Anne Wilson, please visit our flower store.