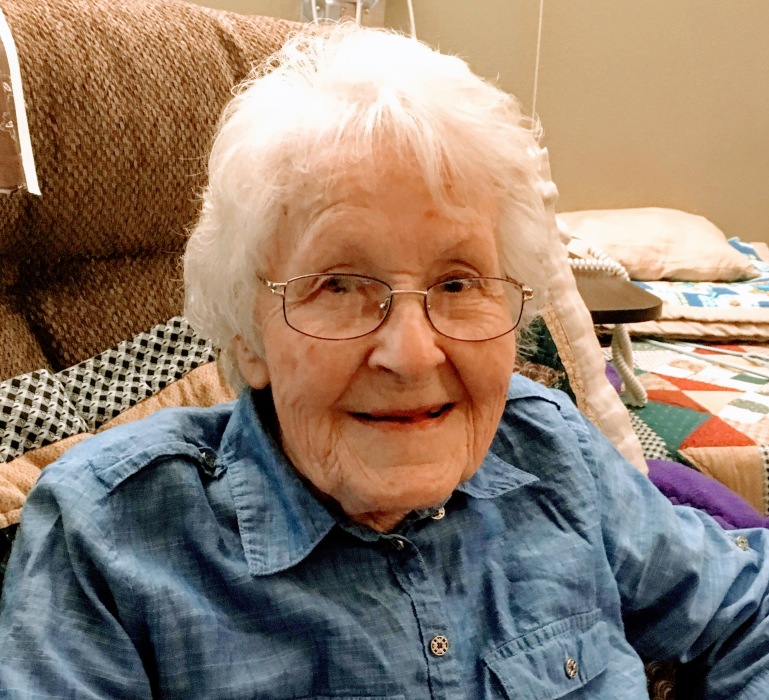 Anna “Peggy” Arneson was born to Stephen and Irene (Mohr) Lesselyoung at Reva, SD on January 23, 1927. She attended country school at Sorum, SD, and later moved to Detroit Lakes, MN. with her sister Gen. On June 17, 1948,  Anna was united in marriage to Lloyd Arneson in the Holy Rosary Catholic Church in Detroit Lakes, MN.

Peggy was a stay at home Mom and raised eight children. She worked nights as a nurse’s aide and later in the Laundry department at Emmanuel Nursing Home until her retirement. Her Children and Grandchildren filled her life. She enjoyed baking, (especially cinnamon rolls and brownies)  gardening, crocheting and quilting. Peggy also had a very deep appreciation of music.

Peggy was preceded in death by her parents; Stephen and Irene Lesselyoung; her husband Lloyd; two sons Phillip and Don; a daughter Jane; a son-in-law John Tabbut and eleven brothers and sisters.

A private family Service is planned at a later date.

To order memorial trees or send flowers to the family in memory of Anna Arneson, please visit our flower store.