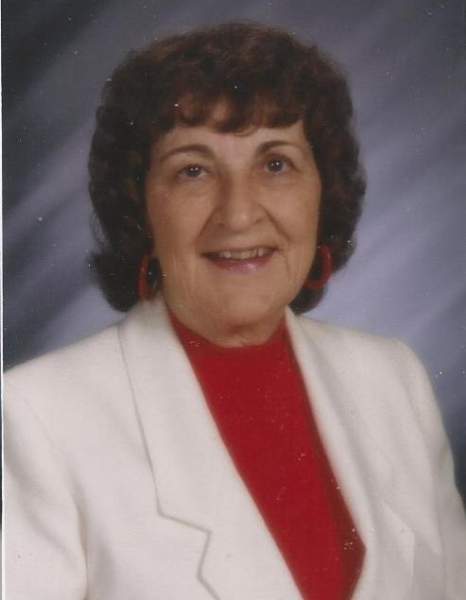 Friends may call 5:00 – 7:00 PM Friday with a 6:30 prayer service at Furey Funeral Home in Frazee and 1 hour prior to the service at David-Donehower Funeral Home.

Angeline Louise Harmer was born December 25, 1931 in Hobart Township, rural Frazee, MN to Ewald and Amanda (Schulz) Zitzow.  She is a 1949 graduate of Frazee High School where she found a love of music by participating in band, choir and triple trio, which earned her the music award medal for the class of 1949.  Angie was united in marriage to Donald Harmer, August 29, 1949 in Vergas, MN.  They made their home in Frazee where Angie worked in various businesses including the bakery, dry cleaners, the bank and she finally found her passion at the Frazee school where she worked as a nurse’s aide and teacher’s aide/paraprofessional.  She retired from the school in 2007 after 37 years.  Don died in 2008.

Angie loved visiting with family and friends.  She enjoyed watching the sports in which her children and grandchildren participated.  Angie looked forward to sitting outside her apartment with friends talking about their days and playing cards at Oak Crossing on Thursdays.  She treasured her Glenn Campbell autographed license plate and has great memories of singing in the back up choir for Dolly Parton at WeFest and being honored as the Grand Marshall for the 2018 Turkey Days Parade.  She was also an active member of the Eagles Lodge in Detroit Lakes.

In addition to her husband, Don, she is preceded in death by her parents, grandparents and a brother.  David-Donehower Funeral Home is serving the family.

To order memorial trees or send flowers to the family in memory of Angeline Harmer, please visit our flower store.