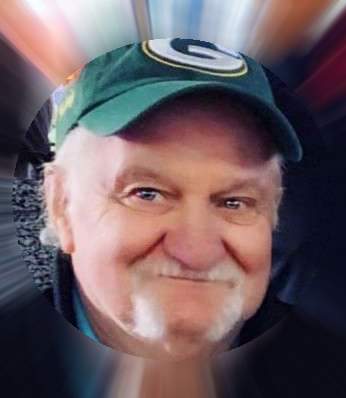 On Tuesday, October 19, 2021, the Ludwig family lost a husband, father, grandfather, uncle, and friend after a fiercely, hard fight. Alvin Ludwig “Al” was thrusted into the fight of life after being diagnosed with a terminal illness. His spirit to live kicked in and he was a fighter. While his body grew tired and weary, he made no fuss and remained determined not to let anything rob him of his days. He was a warrior!

Alvin John Ludwig was born February 21, 1943 in Maddock, North Dakota. He was the second oldest of three children born to George and Mikelene “Kay” (Heisler) Ludwig. His family made their home in Fargo, North Dakota. Following high school, he grew skilled as a tradesman, specifically as a painter. Al owned his own painting company for 59 years. He was quite honored to have had a long successful career working for a wide range of great companies, such as Tharaldson Enterprise, Walmart, and alongside his son, at All In One Painting.  Al joined his wife, Valeta (Dirksen) Ludwig in Marriage in 1981 and they made their family home in Minnesota.

Al was a simple man who enjoyed family, friends, fishing, dancing, sweet treats, traveling with his wife of 40 years, and trying his luck at casinos.  Although he never “struck it big,” he always enjoyed a good time with family and friends, far more than anything money could ever buy. If you were brave enough to take him on in a game of pinnacle or horseshoe, you would want to be his partner, not his opponent. He was a highly skilled player and promised to bring tough competition to the table or sandpit. He found pleasure and took great pride in everything he did. Al could look at something that most of us would throw away and had the ability to make the old, new again. You could always find Al working on multiple projects at time. He was highly gifted with various skills, from repairing damaged items to renovating an entire home. He was known to be particular in his workmanship and took great pride in his work.

Over the years, Al refined his culinary skills. He was a fantastic cook. Everything he made, he made with love. Just ask his kids about his famous elephant ears or homemade french fries or meatballs. These would be gobbled up by the plateful. If you were a Green Bay Packers fan, you had an immediate friend in AL. He always looked forward to cheering on the Packers—Go Pack Go! He was also a loyal fan of the Minnesota Twins and Minnesota Wild. While watching games, he had this peculiar ability to drift off to sleep in his recliner and suddenly awake and know precisely what was going on in the game, as if he never blinked an eye. He was a supporter and member of the Elks Club and the Painters Union for many years. Anyone who knew Al, knew that he was a shameless rummage/bargain sale junkie. If you traveled with him, whether traveling two miles or two hundred miles, he could not resist stopping at a rummage sale, flea market, or thrift store. He was always in search of a bargain of a lifetime.

Just like he dealt with experiences in life, Al managed his illness with enormous strength and grace, and wanted to spend as much time with his loved ones as possible. On his final day, love surrounded him when the angels came to carry him away. Al was proceeded in death by his parents: George and Kay Ludwig, son: Allen Ludwig; brothers: DeWayne and Dale Ludwig, and Niece, Ashley Meyer. He is survived by his wife, Valeta Ludwig; children: Lonnie (Vickie), DeAnn, Kristy, Corey (Amanda), Trevor, Kerri (Cale), Dalton, Kweshaan; grandchildren, great grandchildren, and his dog, Gunnar. They invite you to join them for celebration of Al’s life on November 13, 2021, at the Cormorant Lakes Sportsman Club, 18587 Sportsmen Rd., Audubon Minnesota at 2:00 p.m. Alvin’s final resting place with be at Saint Leonard’s Catholic Cemetery in Pelican Rapids, Minnesota.

No longer in our lives to share but in our hearts you'll always be there. Until we meet again…

To order memorial trees or send flowers to the family in memory of Alvin Ludwig, please visit our flower store.