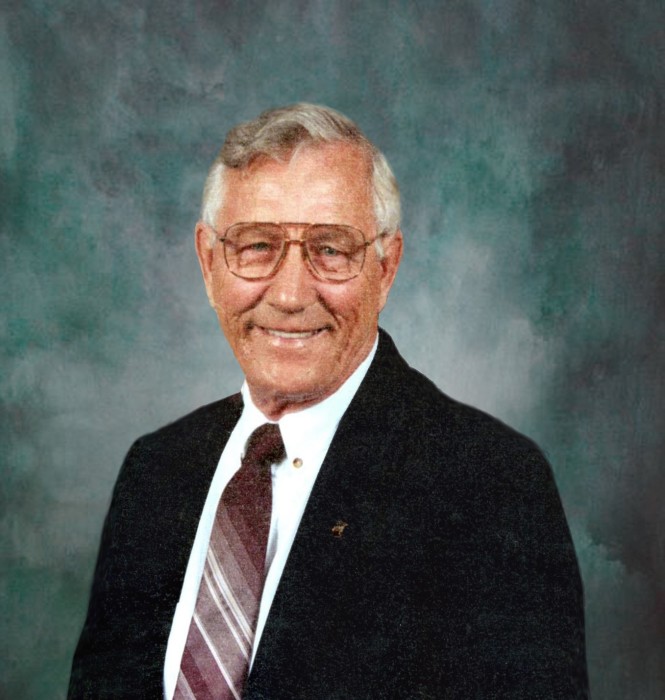 Alden D. Tyge, 88, retired Detroit Lakes Chief of Police, died Friday, August 10, 2018 at his home under the care of Hospice of The Red River Valley.  Funeral services will be 11:00 AM, Thursday, August 16 at Faith Free Lutheran Church, Reverend Paul Larson, officiating.  Interment will be in Oak Grove Cemetery with Military Honors provided by the Lake Region Veterans Honor Guard.

Friends may call at the church 1 hour prior to the service on Thursday.

Alden Delroy Tyge was born June 27, 1930 in Ayrshire, Iowa to Oliver and Addie (Triggs) Tyge.  He moved with his family to Ponsford, MN as a child and was educated at the Round Lake rural school.  He served with the U. S. Army during the Korean war.  He was united in marriage to Valborg “Vollie” Sandvik, December 6, 1952 in Bloomington, MN.  They lived in Bloomington and St. Paul, MN and Oceanside, CA prior to moving to Detroit Lakes in 1960.  Al joined the Detroit Lakes Police Department in 1962 and became Chief of Police in 1982.  He was partners with Don Bucholz in the Detroit Lakes Ambulance Service 1967 – 1971.  He retired in 1989.  Vollie died 6/25/2017.

To order memorial trees or send flowers to the family in memory of Alden Tyge, please visit our flower store.