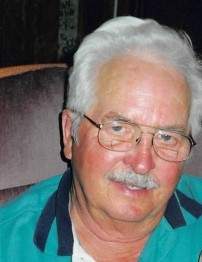 Eugene “Gene” Brooks, 91, formerly of Calumet, MN died Monday, March 25, 2019 at Oak Crossing in Detroit Lakes after his fight with Parkinson’s and Cancer.

A Memorial Service will be held Monday, May 27 at 1:00PM in Calumet Community Presbyterian Church.

Eugene Edward Brooks was born April 10, 1927 in Bemidji, MN to Arie and Helen (Schultz) Brooks.    He was raised on a farm near Bemidji and graduated from Bemidji High School.   Eugene served his country in the United States Army from 1945-1947 during WWII and was stationed overseas in Italy.  Following his honorable discharge, Eugene returned home and earned his electricians license at Dunwoody.   He was employed at Butler Taconite from 1951 until 1981.  On May 30, 1948 Eugene was united in marriage to Doris Johnson.  On April 16, 1988, Eugene was united in marriage to Verna Tammi

While living in Calumet, Eugene was an active member of Calumet Community Church, the Calumet Volunteer Fire Department, Greenway Snowmobile Club, Greenway School Board and was a lifetime member of the Pengilly VFW and Color Guard.   One of the most impressive skills was his ability to fix anything. In his spare time he enjoyed playing cards, especially Cribbage, he also enjoyed fishing, camping, travelling and watching sports.   For over 20 years, Eugene and Verna enjoyed their winters in Mission, TX.

To order memorial trees or send flowers to the family in memory of Eugene Brooks, please visit our flower store.