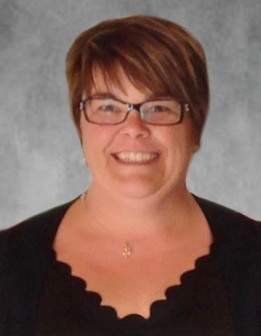 Memorial Services for April will be held Friday, March 8 at 3PM at First Lutheran Church, Audubon, MN.  Interment of ashes will be held in the spring at Hamden Cemetery, rural Audubon, MN

April Dawn Christopherson was born in Fargo, ND on April 6, 1975 to David and Sharon (Skalin) Christopherson.   She attended elementary school in Audubon, MN and graduated from Frazee High School in 1993.  After school she furthered her education earning a degree in accounting from the University of Mary.  April accepted a position with Empire Liquors in Fargo that started her career with Empire / Royal Liquors .  Over the course of 20 years she was responsible for accounting and managerial work at several locations.  She always said her work is not work, its family.  She loved not only her coworkers, but the patrons that she got to know over the years.   She was active in the community of Fargo.  April along with her friends founded Bar Ladies Open.  A golf fundraiser to help raise money for breast cancer awareness.  This fit her personality to a “tee” as she was able to enjoy time with her friends all the while, contributing to a cause she deeply cared about.  April’s love for animals also made her part of local animal shelter fundraisers.  April often rescued pets, providing them with a warm home and unconditional love.   Early in her career she earned her the nickname “Tootsie” and that name stuck to this day.   ESPN was one of April’s favorite channels.  She was an avid sports fan and especially enjoyed football.  April always said “I was a Bison fan before they were cool” so the fall season was always one of her favorite times of the year.   She also enjoyed watching the Vikings play on Sundays and had an uncanny ability in remembering stats and scores.   April will be deeply missed by her family and friends.  Most importantly, her beautiful smile, love for nature, animals and a personality that could fix anything or any situation, will be the memories her family will cherish for a lifetime.

She left this world to join her parents, Sharon and David, grandparents:  Douglas and Illa Skalin, Randolph and Mabel Christopherson and great-grandmother, Pearl Rikhus.

To order memorial trees or send flowers to the family in memory of April Christopherson, please visit our flower store.